Fabric from a can

Fabrican technology has captured the imagination of designers, industry and consumers around the world

Fabric sprayed from a can

Spray fabric directly from a bottle on your body, create a seamless T-shirt sprayed instantly from a can and have the ability to spray clothing easily from a spray. Fabrican is a patented instant, sprayable, non-woven © Spray-on fabric, based in London, at the London Bioscience Innovation Centre.

Fabrican technology is capturing the imagination of designers, industry and the public around the world. The technology has been developed for industrial applications, as well as for personal and healthcare, decorative and fashion/apparel products.

Fabrican’s ethos is to provide industry with production processes that reduce environmental impacts.

Instant 3D Design for an Instant 3D World… All the way from concept to production. Stretch your imagination and allow Fabrican, together with 3D Technology, to create the world of your dreams.

A unique technological innovation. This sprayable non-woven fabric will revolutionise many areas of our world. Fabrican offers a cutting edge application, with potential for development into numerous markets.

Fabrican offers a ground-breaking idea. Creation of a liquid suspension which is then applied via spray gun or aerosol to small or industrial sized projects. The fabric is formed by the cross linking of fibres, which adhere to create an instant non-woven fabric that can be easily sprayed on to any surface.

The original idea of © Spray-on fabric came from Manel Torres’ work in the fashion industry. These photos capture the essence of science and fashion in collaboration. It will allow the wearer to personalise their wardrobe in infinite combinations and will liberate designers to create new and unique garments. Fabrican also acts as a carrier technology, delivering fragrance or even active substances for medical applications.

Fabrican on the Press 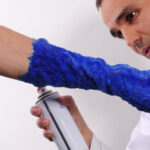 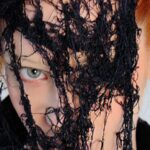 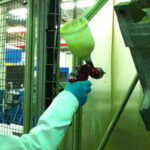 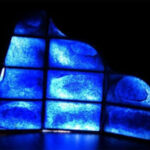